Some of the earliest memories I had growing up were on a tug boat, sailing from Jacksonville, Florida to Grand Turk. The boat was under the command of Captain Douglas Parker, my dad, a captain for Crowley Maritime.

I didn’t know it then, but those early days at sea shaped the blueprint for what I’d be doing years later. 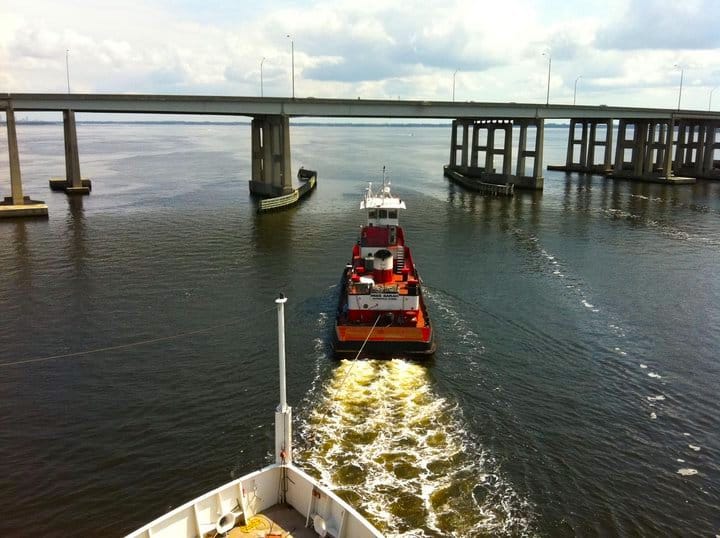 As we got older, my dad wanted to spend more time at home with us and applied for his first-class pilot’s license on Florida’s St. John’s River.

The test wasn’t easy. He needed to memorize every tide, navigating by radar, cross currents, and the shoals in the river.

My dad was determined to pass the test and he did so with flying colors. He eventually got the job and spent over a decade navigating ships along the river before retiring. 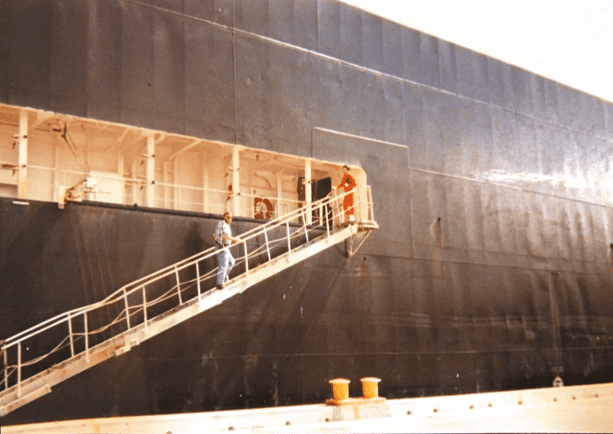 As a kid and into my early adult life, I’d ride ships up and down the river with him. If he was on a ship, he was right in his element.

Like his father and his brothers, he had a calling to the sea at a young age.

Some of my fondest memories were being on a ship with both my dad and grandpa, three generations — two men doing what they loved and one kid in admiration of both of them. 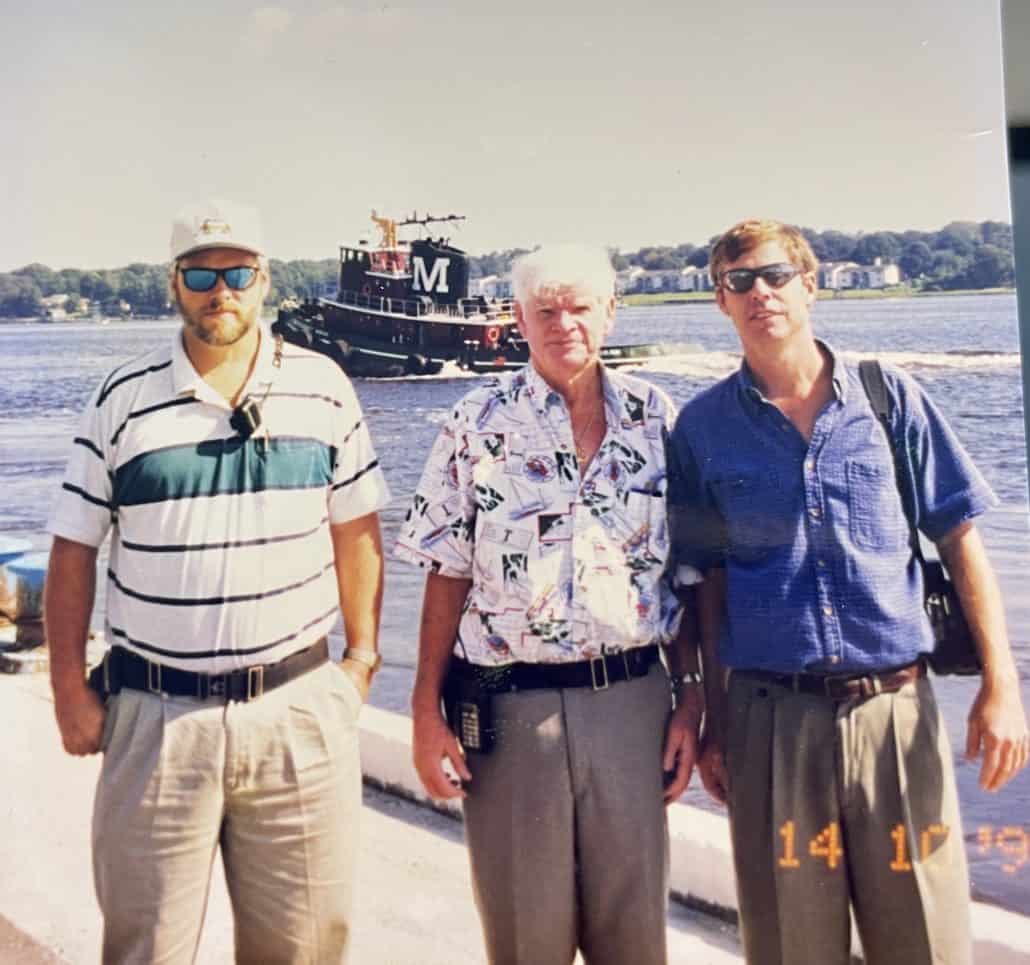 My dad, grandpa, and uncle at Blount Island Marine terminal. 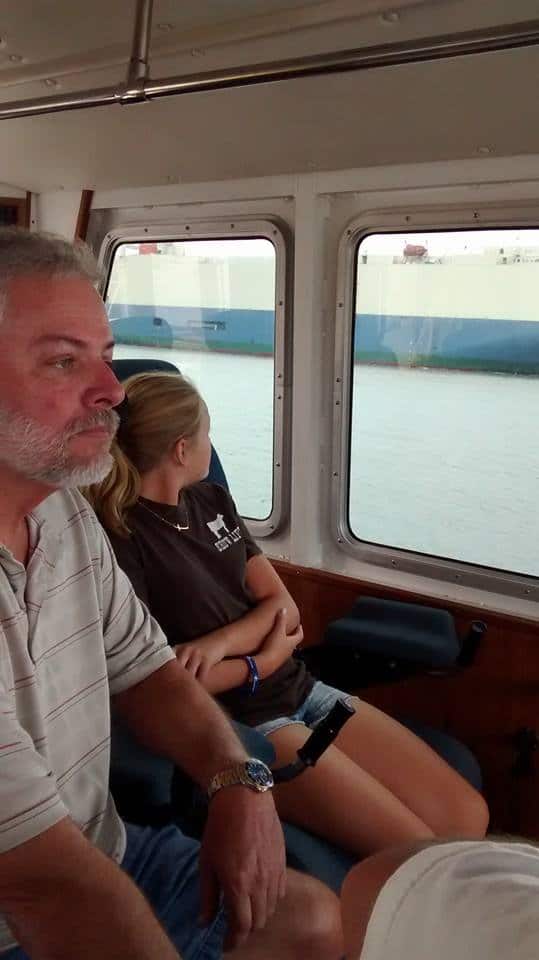 A Passion for the Sea

During my teenage years, my dad introduced me to cruising. Our first family cruise was a Carnival Fantasy sailing from Port Canaveral, Florida. It was a three-night cruise with a day at sea and a stop in Nassau.

This was back before the Atlantis resort was fully developed and cruise guests were allowed to swim in the pool without being chased away. 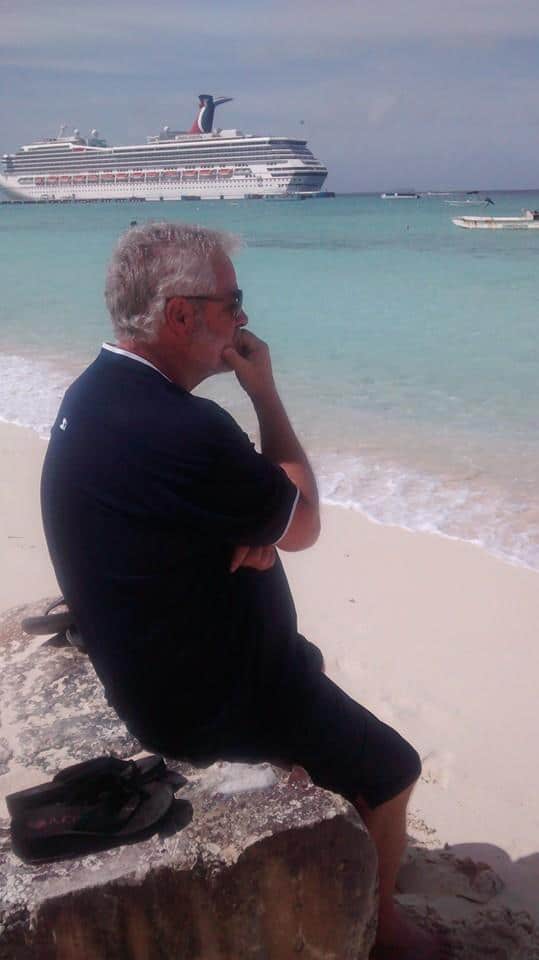 Dad in Grand Turk talking about when he sailed into the port.

Over the years, I’ve had the pleasure of taking my dad on a few cruises. We sailed on Carnival Freedom in 2014, Carnival Sunshine in 2015, and most recently we booked him on the inaugural sailing of Mardi Gras for Father’s Day.

From the Serenity deck of Mardi Gras, we watched the sail away from Nassau together and he didn’t want to go inside until the pilot boat got the harbor pilot off the ship. He was right at home on a ship. 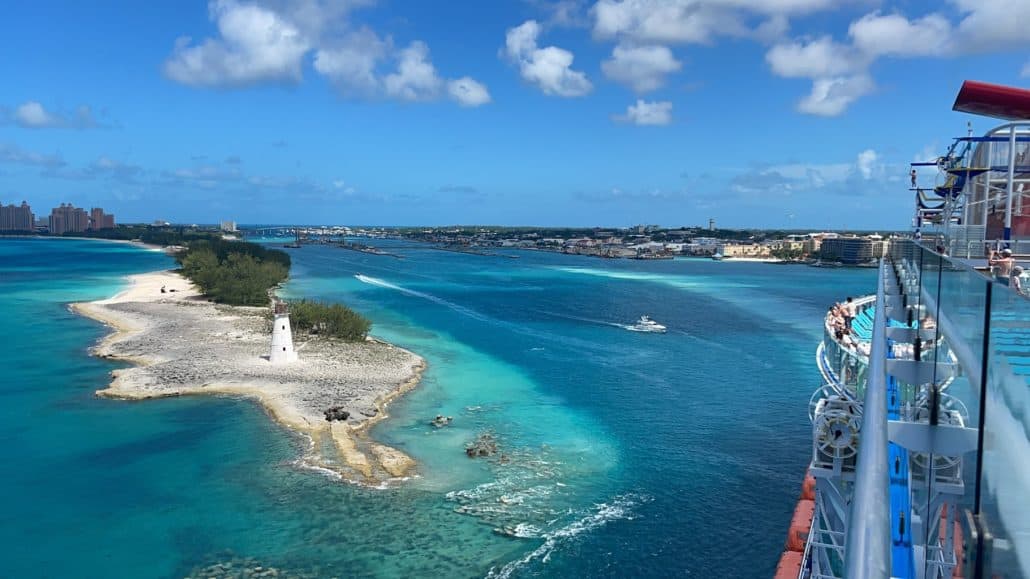 As I’m sitting here writing this, it’s hard to put into words how great my dad was. I learned so much from him.

When I was younger, he had me doing yard work and I’d always rush through it in a sloppy way. He’d always say, “If you do it right the first time, you won’t have to do it again.” I’ve taken those fifteen words with me as an adult and have applied them to all areas of my life, and it turns out that he was right. 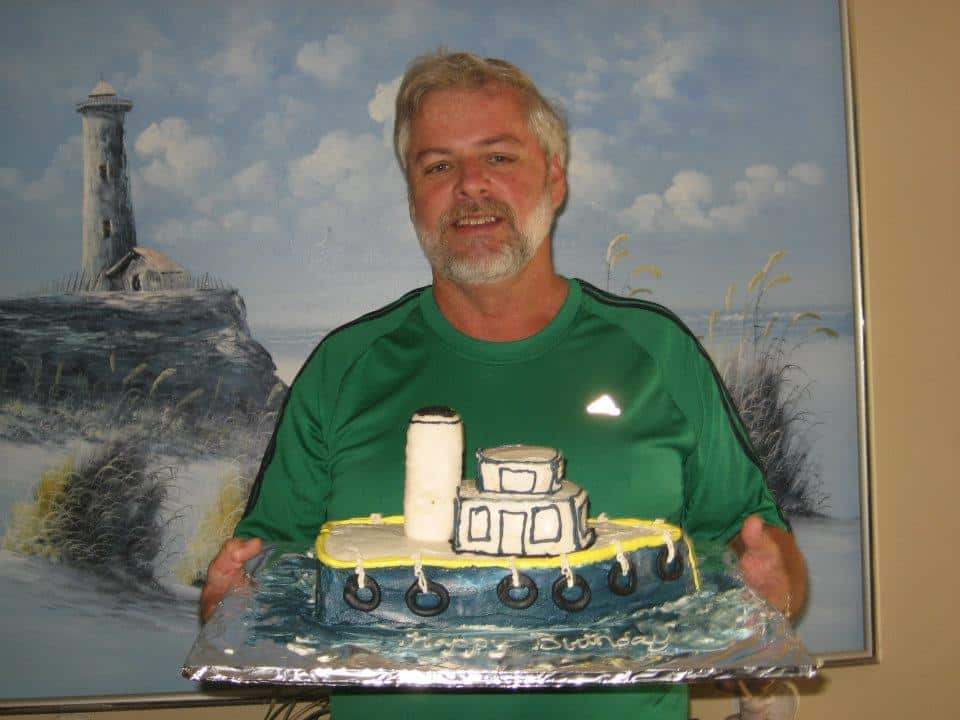 My dad was the kindest person I ever met. He’d anonymously pay bills for people who were struggling, he’d send kids to church camp who couldn’t afford to go, and he was generous beyond belief. He gave in the dark because he wasn’t comfortable with the attention.

While he might not have been perfect, he was the perfect dad. My siblings and I were very fortunate and blessed growing up. 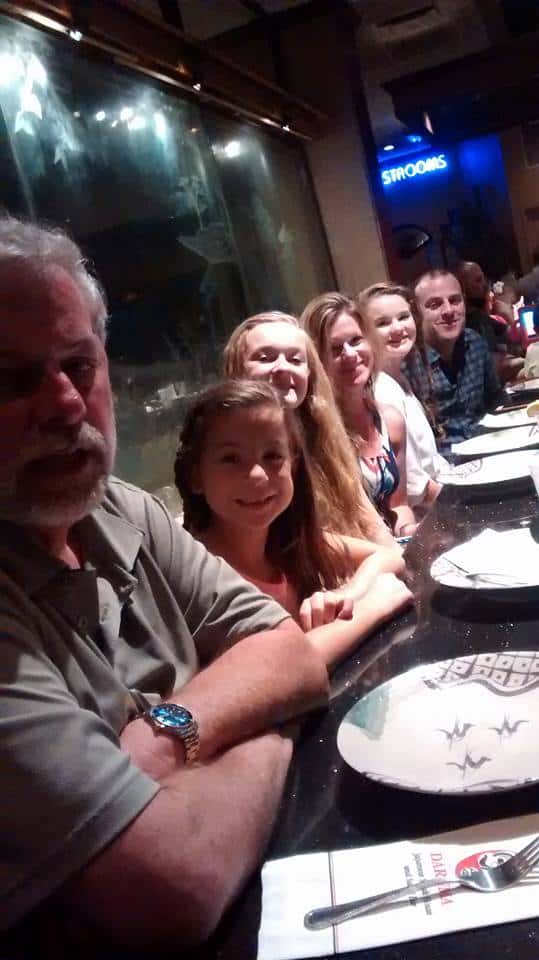 Birthday dinner with dad a few years back.

The last time I saw my dad was the Sunday night after Thanksgiving. We were talking about our trip to Asheville and how he might book a cruise early next year. He was in great spirits and had a childlike excitement about all the VIFP cruise deals he’d been seeing on Carnival’s website.

After dinner, I headed back to the studio to record an interview for the podcast. My phone is always on “Do Not Disturb” when I’m recording in the studio.

As I was powering down, I looked at my phone and there was a text from my dad that said, “I was just thinking about you, love you”. 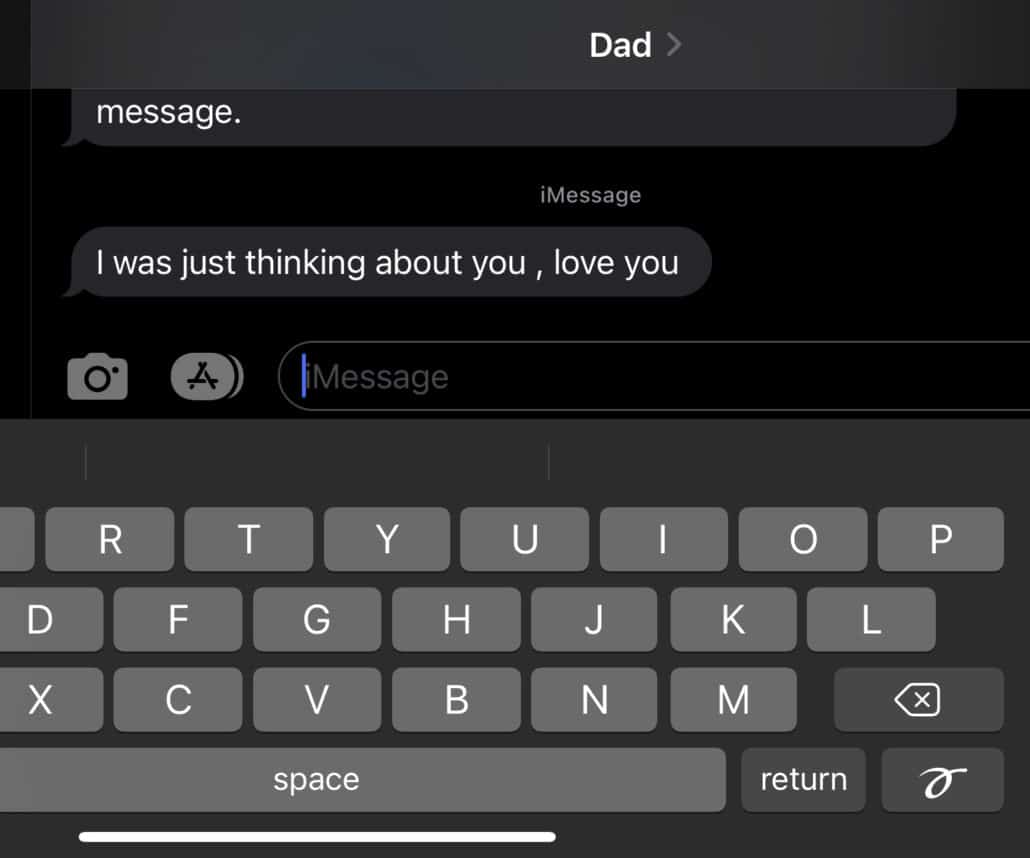 My dad is not a text person. In fact, that is the only text message I’ve ever had from him on my phone. So, I called him on my way home. He said he was sitting on the couch looking at all the cruise deals.

Before we hung up, my dad said how proud he was of me and that he loved me. He said he’d talk to me tomorrow.

Sometimes tomorrow never comes. The next phone call I received was on the following day. My sister told me that dad took a nap before dinner and didn’t wake up. 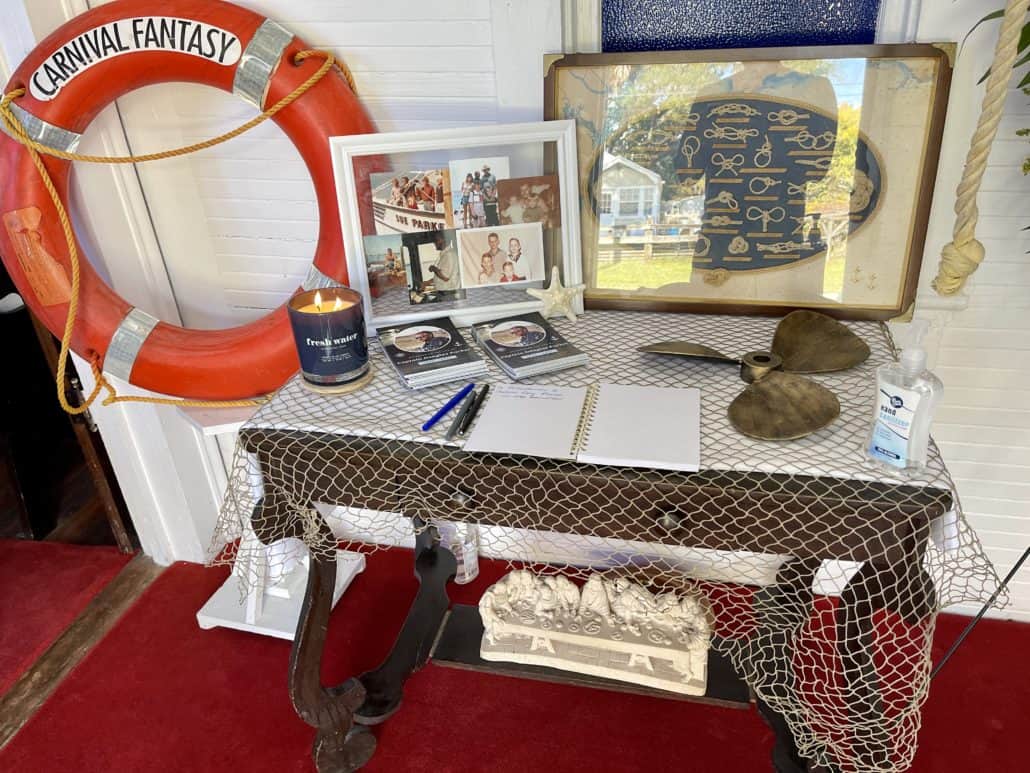 I never knew that when I purchased the Carnival Fantasy life ring last year, that I’d be using it a year later.

I love you and miss you very much, dad. I’ll see you again one day. 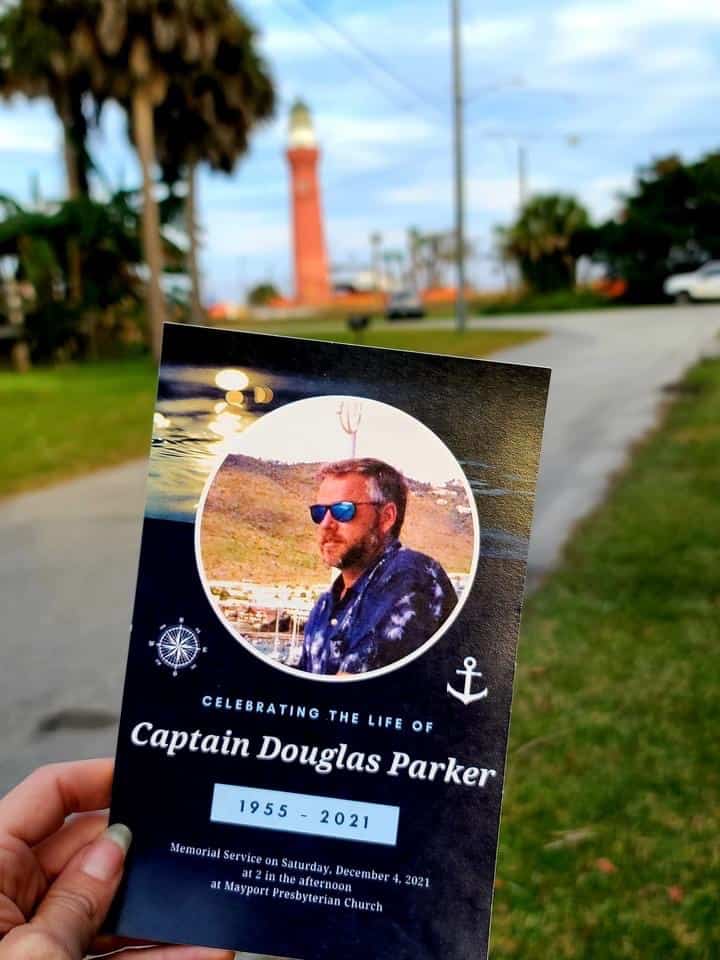 Wish You Were Here: Christmas On Board Carnival’s Mardi Gras

Want to Live in a Boat on Land? This House is For You.